Approx. 252 micro apartments will be built in Frankfurt city centre, with a view of the River Main.

Around 252 units with a total GFA of approx. 16,562 m² (13,565 m² of which will be above ground) will be built on the plot of approx. 5,675 m². Our planning includes an operator concept for serviced apartments or hotel rooms. The planned new building will be completely planned and is available for outright sale.

The independent city of Frankfurt is the largest city in Hesse and the fifth largest in Germany. With its 750,000 inhabitants, it is considered the most populous city in Hesse. Thanks to its central location, it is one of the most important traffic junctions in Germany and Europe. Frankfurt’s well-developed infrastructure enables rail, road, inland waterway and air transport. The Autobahn motorways A3, A5, A66 and A661 meet at Frankfurter Kreuz.
Frankfurt Airport is one of the largest airports in the world. More than 100 airlines use Frankfurt Airport and fly to almost 300 national and international destinations.
As a waterway, the River Main is an indispensable part of one of the most important centres in Europe. The Frankfurt port consists of three port sections: Gutleuthafen, Osthafen 1, also called Unterhafen, and Osthafen 2, also called Oberhafen. Osthafen 1 is the oldest and at the same time, the largest part of the Frankfurt port. In addition to handling companies and trading companies, the water police and fire station 2 are also located here.

Frankfurt am Main, the world-class financial and service centre, is one of the leading European business locations as the centre of the dynamic Frankfurt Rhine-Main economic region. Its central location, excellent infrastructure with one of the largest airports on the continent, the concentration of future-oriented companies and its international character give the city a leading position when compared to other European metropolises. As the headquarters of the European Central Bank, the city is of international importance in terms of monetary and currency policy. Known primarily for its strong financial sector, Frankfurt also has other important sectors, including creative businesses, IT and telecommunications, biotechnology and life sciences and logistics and industry.Fast and easy market access is guaranteed by resident institutions and educational establishments. 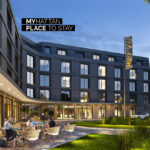 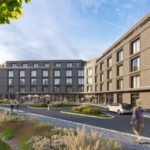 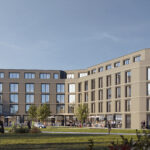