An office building with approx. 200 units is being built in Langen.

There are plans to construct a new office building containing at least 200 rooms. The layout of the building will be designed with the future users in mind.
The building has an above-ground GFA of approximately 7,712 m².
The planned new building will be completely planned and is available for global sale.

Langen is a medium-sized town with around 37,000 inhabitants in the southern Hessian district of Offenbach, between Darmstadt and Frankfurt.
Whether in terms of long-distance transport, local transport, transport by car, by plane, by ship or by fibre optic: Langen is hard to beat when it comes to fast connections and transport. Frankfurt Egelsbach Airport, the busiest airport for general aviation in Germany, is located in the neighbouring community of Egelsbach. Frankfurt Airport is about 10 kilometres away from Langen. The international airport is one of the largest in the world. More than 100 airlines use Frankfurt Airport and fly to almost 300 national and international destinations, and despite the close proximity, Langen is almost completely spared from aircraft noise. A real privilege! This also applies to the two direct connections to the Autobahn motorways in Langen and the quick accessibility of nearby motorway junctions that lead in every direction. In addition, the town has two S-Bahn suburban railway stations, two S-Bahn suburban railway lines and the regional train connections to Frankfurt, Darmstadt, Mannheim and Heidelberg.

Langen is centrally located in the middle of Germany, with direct proximity to airports and first-class transport connections by road and rail, making it great for business. The location has a lot to offer for companies and the urban business development department has many aces up its sleeve to make it attractive for companies to settle there. In 2017, 16 companies set up shop in Langen. By contrast, significant outflows were virtually non-existent. 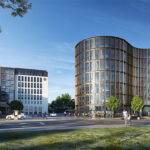 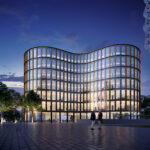